Do you feel like are stuck between two worlds? Do you clashing indenties? This book provides a great insight into some one that has been through exactly that. 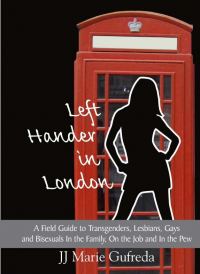 JJ Marie is a woman from Midwest America however this has not always been the case. JJ Marie was born a male known as Joe Gufreda. As a young boy he played sports and wa a alterboy at the local church and went to school like many ordinary boys of his age. After his marriage to Jo Gufreda he became a devoted father to three children and also a grandmother. Yet a secret lurked in his life and it was constantly haunting him and after years of internal struggle and fighting with herself Jow finally realised her true identity as a female. JJ Marie now works in the business sector and one of the most sucessful trans-women in the world.
The book provides a great insight into the transitional period that Joe went through to become a person now known as JJ Marie Gufreda. The exceptional aspect of this book is that it can it can be related to by many people living a double life and a constant battle to be two people at once. In the house JJ was a woman and outside in the presence of family a friends she was Joe. This deeply affected everyday life for JJ and overcoming the hurdle of becoming a full time female was a hard yet rewarding life change. 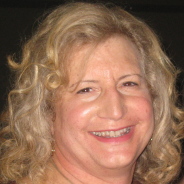 Instead of being a book that provides a step by step guide on advice of how to tell people about your sexuality or how to live as the opposite sex in a clinical serioius way JJ appoaches the issue in a much more humourous manner. She helps overcome simple issues in a effective manner with first-hand experience such as how to approach people and what to say. She proves that there is still a way for those who have faith to keep their faith firm and still be religious at the same time. On a personal prospective I can relate to this book more because as a Muslim who is also gay and and this book clearly shows that LGBT people can have faith and religion.
This book is highly recommended not just for people who are transexual or going through the phase of it but also for LGBTQ, it answers many questions for people who have been caught in a limbo between two identities.
Posted by Unknown at 07:29